Here I am, back in Zambia and although it is still warm and the sun still appears daily, it is definitely the rainy season.  Clouds cover the sky at various  (and odd) intervals – sometimes half the sky is black and stormy while the other half is blue and sunny.  And the rains come quickly and seemingly without warning.  Torrential rain with huge drops and wind.  Everything is damp and soggy…but the grass and trees are turning bright green and soon the birds and flowers will emerge.  I hope to take a weekend trip to one of the parks in February.  The rates during what they have started to call “The Emerald Season” are decidedly cheaper (albeit soggier) and there are various “specials” for residents.

When I was “home” over the holiday, I had my camera with me, but could not download the pictures until I got back to my computer.  So, in an attempt to “catch up” here are some random pictures and stories from my US holiday.

Here is a shot of me and the couple I met during the concert at Lincoln Center.  They were nice enough to take me (and treat me) to dinner after the concert at a little French restaurant. I had Malbec wine for the first time and and now a fan!

And a shot of the city… 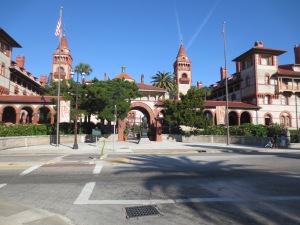 My beautiful daughter in the back garden at the B & B

This is the lobby of the Lightner Museum, which used to be one of the largest hotels in the world.  Imagine how elegant it was!

As I mentioned in a previous post, the museum has a large collection of mechanical instruments and we got to see a demonstration. It was fascinating. 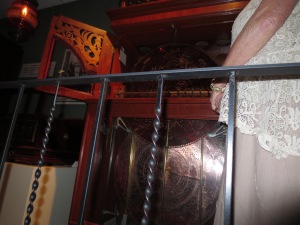 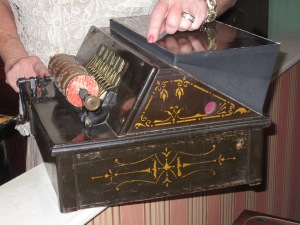 Of course, there was the fun of eating lunch “at the bottom of the pool” – but we also saw what used to be the sauna, shower nooks and a plunge pool.  The showers and the pool are now part of the museum (although the depression in the floor where the pool was is obvious…right where those stairs go down) but they have left one section of the sauna as it was.

And I got some shots of the inside of the little chapel at the mission, where we heard such lovely music. 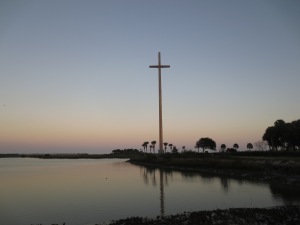 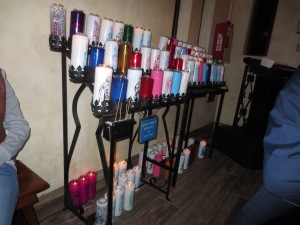 For New Year’s I took a trip out to Rochester, NY to visit my oldest and dearest friend and her family.  Rochester, the seat of Monroe County, is a city with a varied and interesting history and is constantly reinventing itself.  It has been known as both “The Flour City” and “The Flower City” and is  home to some of the world’s greatest pipe organs, as well as the Eastman School of Music.  In 1947, abolitionist newspaper “The North Star” was founded by Frederick Douglass in Rochester and the city was also home to Susan B. Anthony, crusader of women’s rights. Rochester has also been home to many industries, including Kodak and Bausch & Lomb.

We visited the Edgarton Model Railroad Club, which was open for the holidays.  It was started as a club for wayward boys – to keep them off the streets.  Now it is run by a group of die-hard rail-road enthusiasts and is a testament to their devotion. 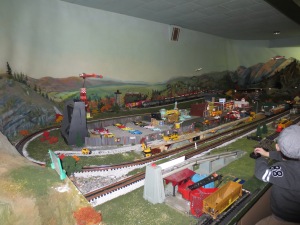 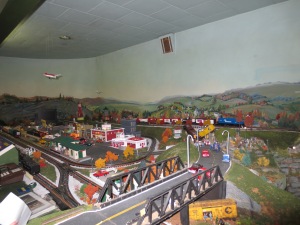 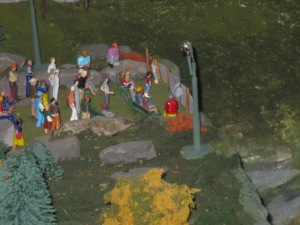 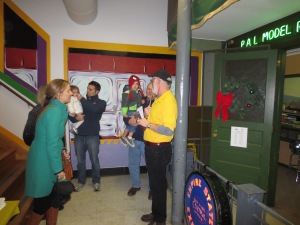 The trains are housed in the basement of the Edgarton Community Center, a beautiful old brick building with wonderful original woodwork. which also contains the historic “Stardust Ballroom” 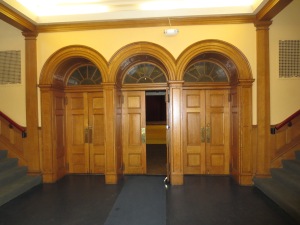 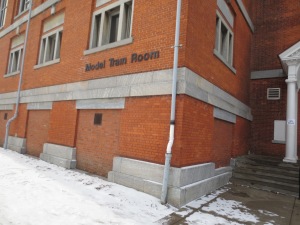 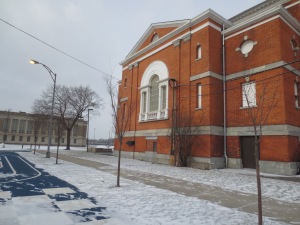 There was a meeting going on in the ballroom itself, but this is a photo from another website.  Gorgeous, isn’t it?

The building behind the Community Center is the High School…and apparently started as a Women’s Prison!  The irony!  Here are my friends Nancy and Tess, posing in front of it! 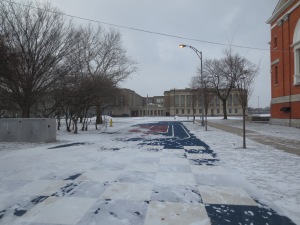 One of Rochester’s biggest industries today is the Genesse Beer & Ale Company.  They have recently refurbished an old building as a brew house and restaurant.  It sits right on the banks of the mighty Genesee River, near the Upper Falls.  It was a cold, cold day…we were glad to be inside, sampling beer. 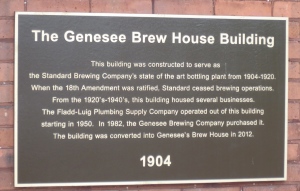 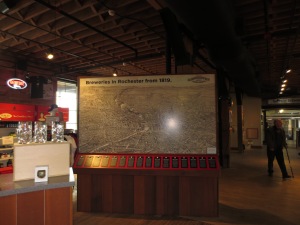 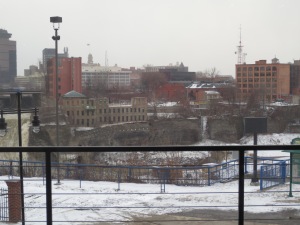 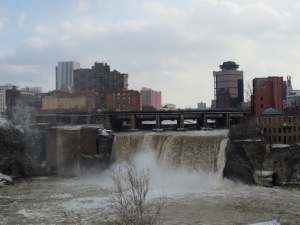 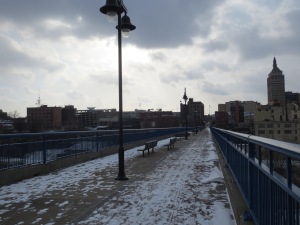 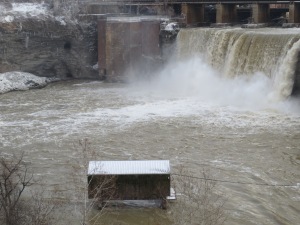 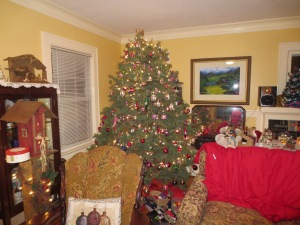 I was happy to ring in 2014 with my friends…in their warm and cosy house all decorated for the season!

The end of the holiday saw me back down in NYC.  I brought my two grand-daughters with me.  We ate giant burgers, saw “Waiting for Godot,” took a tour of Lincoln Center, did a bit of shopping and visited MOMA.  And tried to stay warm! 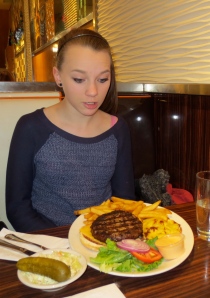 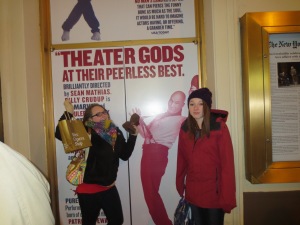 It was a wonderful holiday in every way!  And now…back to warmer weather! 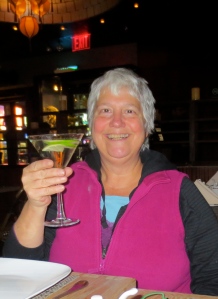