On my drive to work each day, I pass an old and crowded cemetery, known locally as the “Old Leopards Hill Cemetery.”  Graves are crowded together in what seems to be a haphazard fashion.  Markers are made of slate or even wood.  There are no real roads or even pathways amongst the graves. 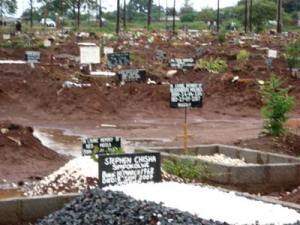 Funerals are big here in Zambia, and at least once or twice a week, I will see a large group of mourners gathered in this place, standing amidst the dirt and the dust.  But a new cemetery is being developed, literally right in the middle of the old one.  Called “Leopards Hill Memorial Park” it is privately owned and purports to “offer world class facilities and a tranquil final resting place.”  The front page of their website states “Rest in Peace – FINALLY.”  It is apparently going to be quite a comprehensive cemetery with a “full range of burial products.”

Read more about it HERE.

Today I drove into the park to have a look around.  There is an imposing entrance, a guardhouse and a group of solid-looking headstones near the front gate. 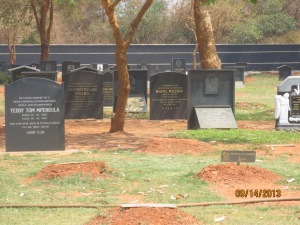 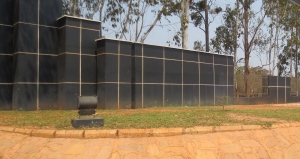 Most of the cemetery is still “under construction” but it is not an unattractive place.  There are wide swaths of open field and some new graves scattered here and there – some covered with mounds of flowers.  There are also some headstones set under the trees. 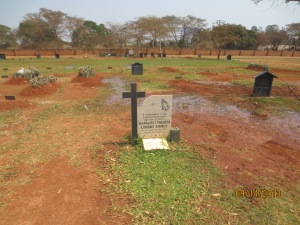 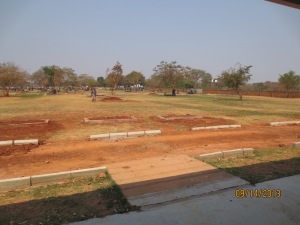 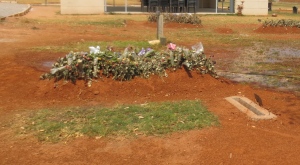 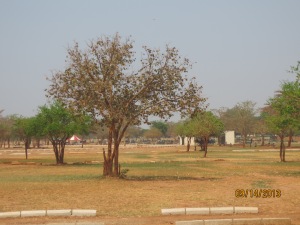 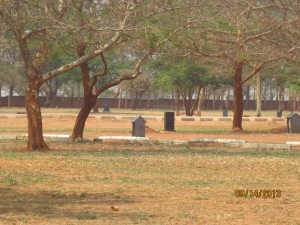 As I walked further into the park, I saw what looked at first like a set-up for a wedding and wondered if the park was doing double-duty.  As I got closer, I realized it was for a funeral…obviously a big one, as the large monument was covered in white cloth as if for an unveiling and there were several large tents and canopies set up, along with a portable podium and sound system.  I asked the groundskeeper about it and he told me that it was a memorial service for a former member of Parliament who had died last year.   (I made sure it was okay to take pictures!) 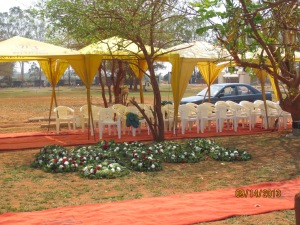 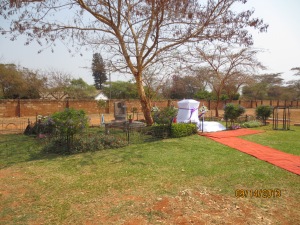 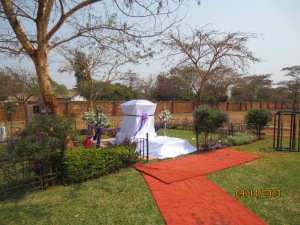 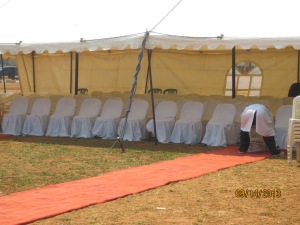 Across the park, I could see another, less elaborate, pavilion set up for a service, with the family getting out of a car and a long stream of mourners walking down the path to the site. 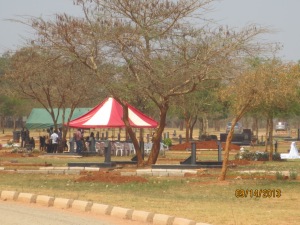 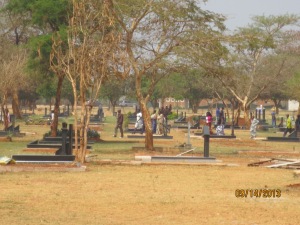 Walking back to my car, I noticed fruit trees here and there.  At first I thought they were apples.  Perfectly round, green fruits with a hard shell, about the size of a grapefruit.  Some had fallen on the ground and there were dried husks lying around.  I took one and cracked it open to see what it was.  Another groundskeeper saw me and I asked him what they were.  He told me they were a fruit called “mazhanje” and he showed me how to eat it.  The pulp inside is actually many small pits – you scoop it out with your fingers and suck the pulp off and then spit out the pit.  It was delicious….sweet and juicy; like nothing I had tasted before. 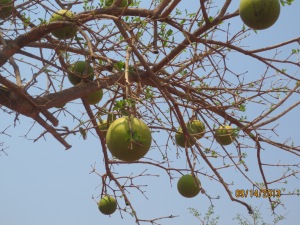 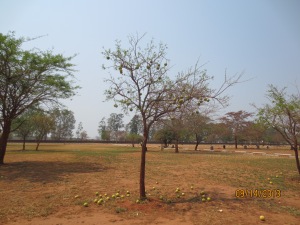 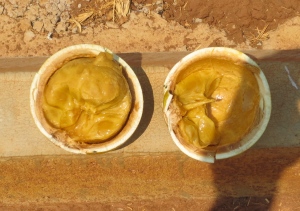 When I got home, I looked it up…I THINK the fruit is an Uapaca kirkiana or sugar plum, although the picture on the Wikipedia page did not look quite like the trees I saw.  It is an indigenous fruit and grows wild.  They do not cultivate it, but allow the trees to remain when ground is developed.  I have never seen them in stores or markets; apparently they are a big favorite with the locals.